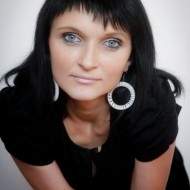 Marta29, 30Poland
A friend for better or for worse 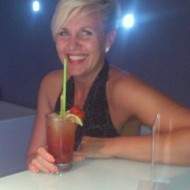 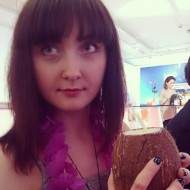 Kiti_, 29Poland
I'm looking for a partner relationship, not symbiotic one. In a relationship I want to feel safe. I 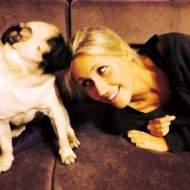 smietana, 27Poland
I often wonder who I really am. I come to the conclusion that I am simply myself :) 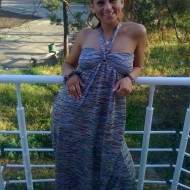 Sweetapple, 27Poland
What can I say about myself? Life wasn't easy for me, but what I learned is that every day and ever

A total of PLN 25 bln (EUR 5.8 bln) have been accumulated by all 50 women listed by the Wprost weekly as the richest Polish women in 2018.

Although it is still seven times less than the richest woman on the planet Francoise Bettencourt Meyers is worth, the value is surely astounding for an ordinary man… or indeed a woman.

The golden number one...

Dominika Kulczyk, the daughter of the late Polish multi-billionaire Jan Kulczyk, with her PLN 7 bln (EUR 1.6 bln) claimed the crown of the richest of the richest. Although it is her brother Sebastian who has been anointed by her father to rule the Kulczyk empire, she has been a businesswoman in her own right, running the Kulczyk Foundation and having recently taken control of the Polenergia energy group.

Ms Kulczyk is aiming to make Polenergia the leader in renewable energy on the Polish market. She has also invested in a NY start-up BioLite that creates sustainability products and sells them on the African market.

Having graduated in “strategic philanthropy” from the Rockefeller Foundation, Ms Kulczyk fulfils her charitable mission also in Poland, having provided a total of 1.5 mln free meals to school children in the course of two years.

… and the illustrious runners-up

The first runner-up is Barbara Komorowska with assets worth PLN 1.95 bln (EUR 453 mln). Since 1989 her Bakoma dairy company has been on the market and now is a strong player in other food products as well.

The mother of Ms Kulczyk in the number one spot, Grażyna Kulczyk, was called by the Wprost weekly "the ambassador of Polish art" and the largest private culture institution in the country. She has PLN 1.7 bln (EUR 395 mln) at her disposal to support, and invest in, fashion, modern dance, films, literature, theatre and other fields of art.

Being a member of programme committees of Tate Modern and the NYC’s Museum of Modern Art, she has all the necessary expertise and qualifications to realise her next plan of opening a museum of modern art in Susch, Switzerland – where works of Polish artists will also be showcased.

The Polish Correct and Com40 furnitures producing companies’ revenue adds up to the PLN 1.55 bln (EUR 360 mln) and justifies the position of Elżbieta Kaczmarek who came fourth in the ranking. Correct and Com40 generate a yearly income of PLN 2 bln (EUR 465 mln) and the latter employs as many as 4,000 individuals.

Fifth comes Teresa Mokrysz, who has transformed a small family business into a global tea and coffee juggernaut known as Mokate. Her assets of PLN 1.3 bln (EUR 302 mln) do not keep her away from charitable work such as promoting women’s professional activity, supporting orphanages, hospitals, schools and regional universities. She also supports initiatives aimed at nurturing the tradition of Silesia and southern Poland.

Interestingly enough, Anna Lewandowska – the wife of the most famous Polish footballer, the Bayern Munich striker Robert Lewandowski – has come 22nd in the Wprost ranking, with assets worth PLN 204 mln (EUR 47 mln).